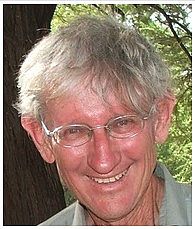 Here is the latest letter from Moses in Zambia. You will see that he is going great guns, especially in his radio ministry. Please pray for his weekly sessions every Sunday night at 7:00 pm (Zambia time). He is keeping me on my toes, as we continue with Bible study together using WhatsApp.

I was in Lockhart and Henty in southern NSW last weekend, with Presbyterian churches and then in Wadonga, Victoria, with a group of Congolese refugees at a Baptist church.  Surprize! Surprize!  I got the same answers to my key questions that I get back in Tanzania.  Please pray for these three churches. I was due to go back Saturday, but Victoria’s lock-down has put a hold on that trip for now.   My apologies to the many of you I had hoped to catch up with over the next two weeks.

In Tanzania, with the new president, a Muslim lady, it is looking hopeful that we might begin hearing Covid statistics after about 14 months silence.  Without figures, it’s hard to know what’s going on.  I’m hearing of some deaths, but it seems hospitals are not overrun, thankfully. It seems it’s nothing like India.

We are all well, thankfully, although Ken, whose wife (Kay’s sister, Lindsay) died just last year, has now lost his first daughter.  Do please join us in praying for a very dear friend, Lyle, who is in a very bad way after falling down the steps at church here in Geelong.  Pray, too, for Robyn, his wife.

Do please keep praying that I will have clear thinking and focus as I work on Bible study and writing with a view to the ongoing need for more teaching material in East Africa, and pastors’ seminars whenever I get back.

Firstly I wish to thank the Lord Almighty for His faithfulness. After doing ministry with the Evangelical Church in Zambia for over 23 years, the church has now recognised me. They have decided to ordain me on 30 May 2021. They are debating on whether the ceremony should be conducted at Newtown ECZ Church in Kasama or at our unfinished church building here in Chinsali where I am doing ministry [They chose Kasama]. How I wish you (John) could be there because a lot of my successes in the ministry have been as a result of your mentoring. My prayer is that whichever way it will be done the name of the Lord must be at the centre as He deserves all the glory. 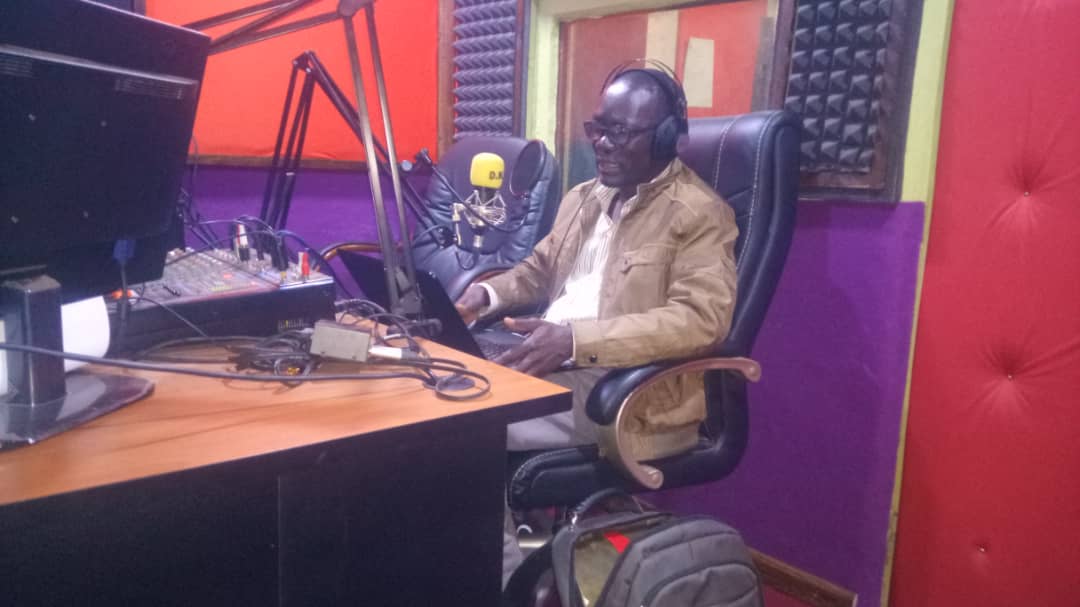 The radio ministry has continued impacting many people who listen to it within and outside Chinsali. FIFTY LEADERS from the Pentecostal Holiness Association have given up trusting in themselves working together with Jesus for their salvation and have put their trust in Him alone. They also had almost an hour of each one testifying how they have felt about the extent of the love of God for them in salvation. This happened at Nzoche Pentecostal Holiness Association, about 150 km east of Isoka by the border of Zambia and Malawi. I went there almost two weeks ago at the invitation of their Zonal Pastor by the name of Bernard Silomba. This Pastor was introduced to me by Asmort Siyingwa who is also one of the Pastors in the same church.

A Pastor gets Converted

Over eight years ago as I was preaching on a radio station in Isoka, Asmort was touched by the truth about salvation by grace alone. The following morning Asmort rode on his motorcycle about 70km from a village where he was to come and hear more about how he could be saved. Following the directions given to him by someone he met, Asmort finally found me at my house. I was shocked to hear that he had come specifically for that. We spent almost two hours helping him until he finally gave his life to Jesus, then he left. Three year later Asmort decided to come back to me to let me know how his life had changed as a result of him receiving the gift of salvation. He also told me that he was now training as a pastor within the same church. He slept at my house where we had more time to study further on the assurance of salvation. The following day, Sunday, Asmort went with me to our church were he introduced himself as one of the spiritual sons of Pastor Makanta. We have since that time on been having a lot of Bible teachings about salvation through the phones. He is now a pastor within the same church in Ishiwang’andu district, about 70 km south of Chinsali on the Great North Road.

Now interestingly enough, Asmort has kept telling every Pastor in his church that Pastor Makanta is his spiritual father who led him to Christ. One day as he was sharing his testimony, Pastor Bernard Silomba was there listening and he developed interest in knowing more about what I teach. Then Asmort told Benard that he should be tuning to Radio Delight every Sunday at 7:00 pm. When Benard heard me on the radio over three weeks ago, he got interested in the teaching. Then he saved my number which I gave to the listeners. He then called me the following morning. After a long talk with him, he then suggested that I go and teach his leaders from the 15 churches who were scheduled to come to Nzoche for leadership conference the following week. I got excited and went, their church providing me with transport money both ways. I was given two hours of teaching. When they learned that I needed more time, they let me continue more than four hours. After all the testimonies as above mentioned, they unanimously agreed to invite me back for a conference to teach them more on the same so that even their members could be given the same opportunity. My prayer is that their Bishop will not stop them from inviting me back.

Three days ago I was riding on a taxi which was carrying four passengers. The taxi driver then started sharing with us, passengers, how God set him and his wife free from quarrelling with each other as husband and wife after both of them gave their lives to Jesus over two months ago through a radio program by Pastor Makanta of the Evangelical church. He did not know that I was the one in the car. He said, the messages that he preaches has got power to save and to deliver somebody who believes. That Pastor preaches nothing else but Christ. We use our phone to listen to the program with my wife. When I seem to have forgotten, my wife reminds me. We have agreed to invite him to our house for more spiritual help. Then some one who knew me laughed and said, the Pastor you’re talking about is here with us. Next week on Tuesday afternoon I and my wife will be going to his house to meet him and his wife.

Again after presenting the previous message, during the phone in programs, a caller said,”Pastor, what can I do to be saved? I am tired of leading this life. The following day, Monday, I called him. We then met somewhere in town where I led him to Christ. This year alone after the government had given us a go ahead to be meeting for church, over 20 people have joined our fellowship as a result of the radio ministry.

Please, keep praying for God’s Spirit to move across Tanzania and Zambia. 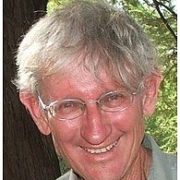 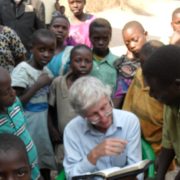 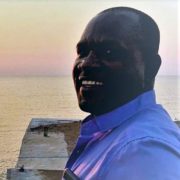 Rowse News - When to return to Africa?
Scroll to top