In recent years there has been a significant growth in concern about the direction School education in Australia is taking and the effect on our children. Not only are levels of competence in reading, writing and numeracy declining, and discipline problems increasing, but more and more left-wing political issues such as sustainability, gender fluidity, LGBTI promotion and climate change are being taught and promoted.

At the same time, Religious Education is being squeezed out and our Christian heritage ignored.

Now a new National Curriculum has been proposed that confirms this trend and is cause for outright alarm for Christian parents.

This new Curriculum fails to address the declining standards in numeracy and literacy while it expands the emphasis on radical left-wing/green interpretation of Australian culture, history and social issues.

As Dr Bella d’Abrera of the I.P.A. reports, “ In one stroke of a pen, our entire Christian heritage and the optimism that goes with it is cancelled, erased from our history and from the consciousness of future generations, leaving a vacuum for pessimism and nihilism to fill… Whenever Christianity is mentioned – which is not very often – it’s in a negative light.”

If implemented, this curriculum will make the paganism of the next generation complete. The curriculum actually promotes paganism when it includes “the significance of ideas about the environment,  such as Gaia theory, the limits of growth, sustainability and rights of nature.”

Its view is profoundly pessimistic and depressing leaving children feeling that there is little hope for the future because of identity politics, climate change emergency and environmental problems. “By the time they graduate, Australian children will be even more terrified of the imminent climate change Armageddon than they already are.” (Dr D’Abrera)

Moreover, Australian history is presented as something about which they should feel guilty because it is all about “frontier wars”, “genocide”, “invasion”, “destruction of cultures”, and “massacres.”  Institutions such as “the date of Australia Day”, the “design of the flag”, and the “ANZAC legend” are presented as questionable.

If this curriculum is introduced, parents will be given no say and their only alternative to having their children brain-washed will be to home-school.

Under the new curriculum, it could become common for situations like those we recently saw where schoolboys from Brauer College in Warrnambool (Victoria) were told to stand at a school assembly in a “symbolic gesture of apology” on behalf of their gender.  Or at Parkdale Secondary College (also in Victoria ) where students who were white, Christian and male were told to stand up to be called “Oppressors” by a social worker.

Marxism wants to replace the family with the State as the ones who have the responsibility for teaching children.  Therefore, the Public Education system is seen as more important than parents.  This godless, anti-Christian curriculum is only part of the Marxist agenda – but it is a vital part.

With Religious Instruction being gradually squeezed out of schools, the paganizing of our children proceeds apace.  And we wonder why juvenile crime is becoming such a problem!

Of course, teachers are being indoctrinated with Marxist principles of Critical Race Theory and anti-Christian attitudes in their training at University, so what else can we expect?

The question is whether Christian parents are going to stand on the sidelines and do nothing about this pagan indoctrination of their children?  The current generation of school children is already to all intents pagan: the next generation will be anti-Christian.  Are we content to allow this to happen?

A generation or two ago many nominal Christians thought that all that was necessary was for them to send their children to Sunday School then children could “make up their own minds” about religion.  With few exceptions, these children turned their backs on Christianity.

Even keen Christian parents thought that taking their children to church and Sunday School was all that was needed.  Neglect of parental responsibility to bring up children in the fear of the Lord through Bible teaching, prayer and discipline has proved calamitous. Have we forgotten what Proverbs 22:6 says: Train a child in the way he should go, and when he is old he will not turn from it?

The home is still by far the most effective teaching environment.  Instruction from parents will always have a far greater influence than that of a school teacher.

But the problem is all too often parents are not clear on what are biblical principles.  Churches who do not teach the Bible produce ignorant parents who cannot properly instruct their children leaving them vulnerable to anti-Christian teaching in school.

A generation ago many parents thought the solution was to establish Christian Schools but these schools have proved only marginally better than state schools because, by receiving Government funding, they are obliged to teach the same curriculum as state schools.  Many of these Christian schools find it difficult to hire committed Christian teachers so do not always have dedicated staff.

Catholic schools face even greater difficulties as the numbers in teaching Orders has dwindled leaving no alternative but to hire secular teachers, many of whom make no Christian profession.

Whichever way you look at this serious situation, there is only one solution.  Christian parents must take seriously their God-given responsibility to instruct their children in the ways of the Lord.

Parenting is a very special occupation because parents are the earthly representatives of God the Father.  As Psalm 127:3 says, “Sons are a heritage from the Lord, children a reward from him.”  Therefore it is not right for the State to usurp what is a God-given responsibility, yet, this is the exact aim of Marxism.

The problem in our society is that more and more we look to the government to meet our needs and, as a result, governments not only become more powerful but also more arrogant. The growth of “statism” is very dangerous.

Proverbs 17:6 says: “Children’s children are a crown to the aged, and parents are the pride of their children.”  But, both parents and children are forfeiting this precious heritage by allowing a secular state to teach their children unbiblical standards.  The result is children who dishonour their parents and have no respect for the law or any other authority.  This is the road to anarchy and social disintegration!

If parents fail to perform their duty and bring their children up in the ways of the Lord they face divine condemnation. “If anyone causes one of these little ones—those who believe in me—to stumble, it would be better for them to have a large millstone hung around their neck and to be drowned in the depths of the sea. (Matthew 18:6).

The furious initial reaction to the release of this new curriculum will mean politicians may hesitate to approve its adoption.  However, its supporters will lobby hard to have it approved.  There is a battle ahead.  Will Christians and conservatives have the will to fight hard enough to see it abandoned?

The future of our nation and its well-being are at stake. 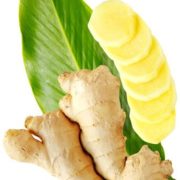 An Anxious World - What Next?
Scroll to top